Thanks to Huon Hooke & his team at The Real Review for this great little write up on our 2018 Hard Hill Road Mule Variation:

Grampians winemaker Adam Richardson evidently likes Tom Waits’s music, which is something we have in common. Life would have been poorer without Wait’s albums Swordfishtrombones, Blue Valentine and Small Change.

Now Richardson has declared his love by naming a wine after the Tom Waits album Mule Variations. It’s a little cryptic but bear with me.

Describing the origin of the album’s title, Waits once said in an interview:

“My wife said, ‘I didn’t marry a man, I married a mule.’ That’s what she said. You know, it’s like the Goldberg Variations. Only these are the mule variations… It’s just one of those titles that stuck. I don’t know what people are going to think Mule Variations are.” Etc, etc.

Apparently, the band played the song Get Behind The Mule, several times, as a raga, cha-cha, a capella and a Chinese version. They were nick-named the Mule Variations, and the name stuck.

Waits is a unique talent. There’s no-one that sounds like him. Is winesmith Adam Richardson trying to tell us he aspires to that uniqueness?

The wine, ATR Hard Hill Road Mule Variation 2018, is more beautiful than the song, and equally poetic. It’s a blend of what Richardson calls his most enigmatic red varieties: nebbiolo, tannat, petite sirah (durif) and shiraz, in roughly equal proportions.

“Like Waits’s music, our Mule Variation is an unexpected take on an otherwise regular theme, creating a surprisingly harmonious yet subtly powerful wine.”

It’s a glorious wine. I don’t usually use multitudes of adjectives to describe a wine, but this one had me waxing on about an array of herb, spice and fruit characteristics, including angelica, star anise, violet and fresh garden herbs, as well as berry aromas – blueberry uppermost. It’s a full-bodied, firmly structured wine, deep and generous, with a good solid backbone – but it can already be drunk and enjoyed, especially with food.

It’s also a typical Great Western red: it has that curious ferrous stoniness of Great Western red wines. An intriguing blend and a seriously smart wine, with a bright future, if you can bear to cellar it a while.

Otherwise, open the bottle and put the record on.

“Got to get behind the mule in the morning, and plow…”

Due to the easing of Stage 3 restriction in regional Victoria, we are able to re-open our Wine Lounge on Saturday 19th September 2020.

As there are continued restrictions on the numbers of guests we are allowed to have at any one time, we ask that you phone ahead to make a booking for your free tasting.

We hate to turn anyone away, so to avoid disappointment, please call Michelle on 0457 922 400 or email us on wines@atrwines.com.au to book your place.

We look forward to welcoming you back to enjoy our new ATR Wine Lounge.

Due to the introduction of Stage 3 restrictions in all of regional Victoria, for the next 6 weeks our Wine Lounge will be open from 12pm to 3pm on Saturday for TAKE AWAY sales only.

Trade Customers: Collect your orders directly from us on a Saturday and save 10% or call Michelle for weekly delivery options between Halls Gap, Ararat & Ballarat.

From Durif to Petite Sirah | Why we are making the distinction

From Durif to Petite Sirah

Why we are making the distinction

When you think of Durif it might conjure up thoughts of big, deep, dark brooding wines filled with black fruits and robust tannins, more often than not, hailing from Rutherglen.

When in 2006 I "dared" to plant Durif in the cool climate of Great Western (still the only  grower in the Grampians and Pyrenees regions, as far as we can tell), it was evident straight away how different our Hard Hill Road Durif was to many of the big robust Durif wines on the Australian market at the time.

Ever since my first release in 2012, I have spent years explaining how and why our version of Durif was different in approach and style to the “standard” Aussie Durif. So, I decided to separate it; by re-naming the wine as Petite Sirah from the 2018 vintage onwards.

Back in my US winemaking days I spent many years making countless versions of Petite Sirah in California; especially for Concannon Vineyard, who were the first to produce Petite Sirah in the US. My experience there taught me that it’s not just the pursuit of ‘big-ness’ that’s important, but finding balance by allowing the more subtle complexing elements to have a say in the final wine.

From the get-go I set out to craft a wine that was reminiscent of my ideals and experiences, regardless of the Australian “standard”. I wanted to create a Grampians version of the variety that although considers Durif’s boldness, is not dominated by it. Rather the tannins are complex and fine, the fruit is intense but not overly heavy or ripe.

One of the ways I achieve this, is by using 60-80% or more new American oak. This amount of oak is surprisingly easily absorbed into the structure of the wine, softening, and drawing out the floral and vibrant elements of the palate rather than adding a clunky layer of oak flavour.

If you’ve never tried a Petite Sirah, then now is the time to give it a go and do let me know what you think!

Temporary Closure of our Cellar Door

Our Cellar Door is temporarily closed - please stay in touch for news on when we will reopen with our new purpose built tasting room.

You can order online for home delivery anytime.

Does who grew the grapes influence a wine's character?

I recently spoke with Max Allen at The Australian Financial Review about my experiment into terroir and winegrower personalities with The Growers Series.

Check out the full article here. 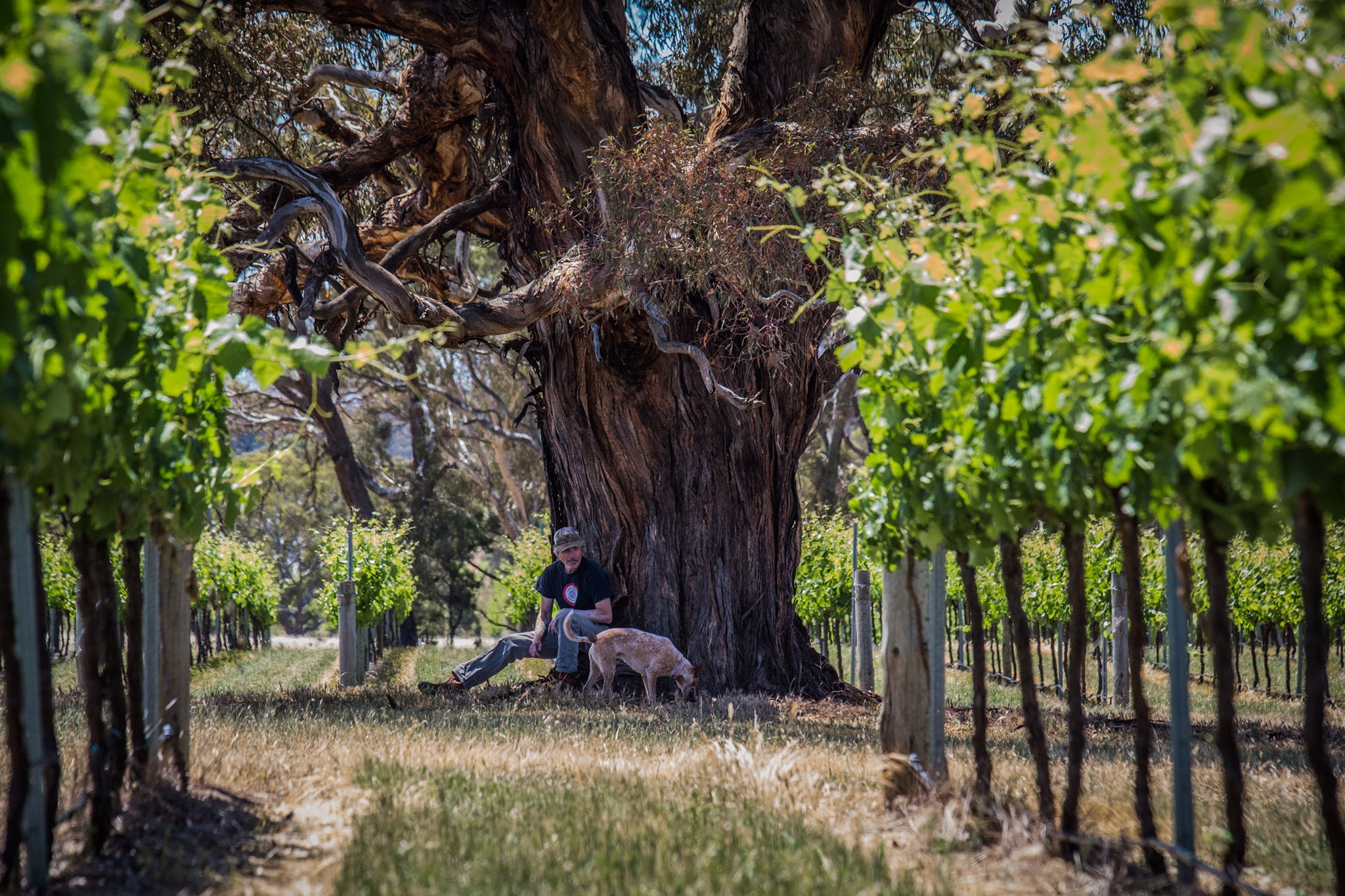 Our 2018 Chockstone Shiraz was featured in this weeks The Real Review Cellar Talk. Here's an excerpt of the comments by Ralph Kyte Powell:

"Jammy blackberry and mulberry fruit mix it with more savoury notes of forest earth and a suggestion of mocha..."

You can experience it for yourself too and purchase a bottle (or two) here.

2019 Chockstone Riesling - The Real Review's Buy of the Week

Our 2019 Chockstone Riesling was recently reviewed by Huon Hooke and featured on The Real Review as their Buy of the Week. You can read a small excerpt of the review above; the full tasting note is available here. You can experience it for yourself too and purchase a bottle (or two) here.

Keep up to date on the latest wine releases, events, and promotions and get 10% off your next order.